Over the last century or so, the debate in the field and in University departments about the tenets of anthropology has changed a lot. It has reflected how a discipline labelled “the most scientific of the humanities and the most humanistic of the sciences” is a rich and complex domain, precisely because it focuses on the human condition as practiced in the here and now. However, for me, the most poignant discussions are about the conduct of fieldwork and how we transcribe human experiences and perception.

I recently enjoyed read the 4th edition of Adam Kuper’s book, Anthropology and Anthropologists – an ethnographic study of British Social Anthropology of the twentieth century. I particularly liked the little stories inferred from written biographies and departmental tales of covetous and tribal behaviours present among the founders and early practitioners of anthropology, and especially their discussions about what field research should entail.

A ‘Malinowskian’ understanding of good ethnography is based on intensive, long term participant observation where the fieldworker is concerned with all aspects of the everyday life of her subjects and locality. The idea is that only through the process of immersion can one access insights into how individuals adapt to a particular system and find meaning and purpose even under a regime of custom that may seem absolute:

The immobility of custom, I believe, is largely the effect of distance. Look more closely and you will see perpetual modification in process; and, if the underlying dynamic be partly due to physical and quasi-physical causes, such as changes in climate, movements of people following the consequent variations in the food-supply, and so forth, yet, most fundamental condition of all, there is likewise at work throughout the will to live, manifesting itself through individuals as they partly compete and partly cooperate with the other. (R.R. Marett in Kuper’s book)

Such research was previously regarded as essential in order to grasp and convey the ‘native’s point of view’. However, then and now, varying methods of fieldwork research exist. A century ago, Rivers distinguished two styles of ethnography: survey and intensive fieldwork. The former was about sketching out local vernaculars, traditions, crafts and so on, while the latter required more time and a detailed understanding of people acquired through living among them and conversing in native languages. He contended that survey field research produces incomplete and sometimes a misleading characterisation of those we study. In a similar vain, Seligman (in Kuper’s book) opined that people don’t always make the best informants as they quickly learn what the researcher is after and may decide to simulate it:

The Nilgala headman sends word when strangers are expected, then the Veddas repair to their very striking hut on the rock dome and often post a look-out on a big rock about half way up…These folk, who when we saw them wore their Vedda loin cloths and were smeared with ashes, are reported to wear ordinary Sinhalese clothes when not in their professional pose….Indeed it appeared that not only have members of this community learnt to play the part of professional primitive man, but there has even been specialisation, for as far as we could learn, the men we met at the look-out hut are those who always receive visitors or come to Bibile when sent for, while the others whom we did not see do not pose as wild Veddas.

Further talk with these people showed that it was impossible to obtain reliable information from them, they had been utterly spoilt as the result of being frequently interviewed by travellers.

Anthropological theory, knowledge and locality have indeed expanded since those early days of ‘exotic’ places and people; so too have the modes of ethnographic inquiry enabled by social technologies that may complement, test and deepen the traditional fieldwork. In my next post, I want to share how, in the context of post-conflict Bosnia, I enriched my understanding and generated empirical knowledge that would otherwise be imperceptible to me, by using mixed methods of online community study with traditional fieldwork.

This article uses the example of a failed project, whose aim was to achieve consensus around constructing a memorial at the former Omarska camp in Bosnia and Herzegovina, to illustrate some of the dangers of transitional justice interventions involving victims of dislocation and violence, as well as the potential for hidden harms. It is based on nine years of ethnographic research into a small returnee community in Kozarac, in the municipality of Prijedor. Well-intentioned as the project undoubtedly was, it had unintended consequences for the social relations of the local community. Like other internationally led initiatives, it can be argued that it helped reinforce a victim-perpetrator dynamic that prevented rather than assisted progress. Although we cannot draw too many conclusions from one project, the issues highlighted by this initiative have been echoed on a smaller scale in much of the international involvement of transitional justice scholars and activists in the town since then. 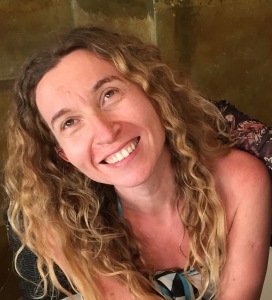 It’s about time I started gathering my links, articles and snippets in one place. I hope you find something of interest, and if so, feel free to get in touch.

Out of the crooked timber of humanity, no straight thing was ever made

a group blog on a variety of topics related to anthropology, sociology, and ordinary people

Rescuing Social Change from the Cult of Technology

From Poverty to Power
ZERO ANTHROPOLOGY